Yikes, it’s been a while.  And a lot has happened – in the last couple of weeks at least.

There has been fainting, travel, and literal plumbing issues.  Lots of firsts.
Unfortunately, there hasn’t been a lot of fitness (my jeans agree).

If you’re here in search of clever fitspo, this post isn’t for you.  Actually, this blog is probably not the best point of call at the moment.  I suggest you head over here instead.

But, if you’re here for some light entertainment and mindless reading, read on my friend!

Karma is a fickle soul…

I recently made my first ever blood donation.  To be a kind, sharing person.  Doing my part for society.  Making someone else’s life easier.

So I rocked up ready – a little nervous, but I’d had plenty to eat and drink for the 2-3 hours as they had suggested.  I filled in the donor’s paperwork and swapped it for a sticker telling the room it was my first donation and to be nice to me.  I had a big red patch on my boob highlighting me as a blood donation virgin.  I was all class.

Everyone was really nice, I had my interview to confirm my medical history and was taken to a comfy recliner.  There, a nice young lad explained to me everything that was going to happen with the needles, etc, and how I would be getting a pack from NZ Blood service in a couple of weeks with all the details of my blood type, etc.   When it came to using the needle, it was in quick and painless.  Though, I remember being surprised by the warmth of my blood against my wrist as it ran down the tube and into the collection bag.

All was going great.  I was busy messaging on my phone, squeezing my stress ball, when a nurse had come over to unhook me.  “All done!” They told me happily, but I wasn’t feeling so cheerful.

“Are you okay?” asked another nurse, on my other side – and before I could respond, there were three nurses around me with a fan, and propping my feet up to get the blood flowing to my head.

Embarrassingly, I fainted and I was attracting a lot of attention.  The attention was more embarrassing than the fainting, but I absolutely cannot fault the quality of care.

NZ Blood, you are fantastic.

After several blood pressure readings, half a dozen chocolate biscuits and encouraging looks from the other donors, I was allowed to get back to work.

Yesterday I got an email confirming my blood type.  It’s… not the most useful blood type.  Okay, poor choice of words.  I find my blood type very useful, without it I’d have… issues.  But, it’s not a type in high demand from donors.  So, realistically, I’m not sure if I’ll be doing it again.  But I learned a lot! (Like, blood loss isn’t overly comfortable).

Last weekend, I travelled to Dunedin for the first time (shocking, I know!).  It was for the Unwind Fibrecraft Retreat – a weekend of crafty goodness for any serious knitters and spinners out there.

Unwind is an annual event, and a big deal in the NZ knitter scene.  There are classes, trade stalls, and just a general community of like-minded individuals from all around the country (and a couple from overseas) getting together for the weekend to swap tips and just catch up.

Because it was my first time in the city, I did a lot of exploring by myself.

Including a Cadbury chocolate factory tour (complete with a bag of take-home chocolate… see my fitness comments above) and a tour of the Speights brewery.

The highlight of the sightseeing?  Baldwin St.  The steepest residential street in the world (apparently).  I was… steep.  To the point where it was only comfortable walking up on tippy-toes like you’re wearing high heels.

I felt sorry for the rubbish truck that was due that morning to take away all the recycling in the yellow-topped bins you can see in the photo.

Like ripping off a band-aid, I powered up as quickly as I could.  I wanted to get to the top, so I focussed on that.  I could be sore at the top (and I was!).

When I got to the top, there were a number of tourists already there taking photos.  One older Asian woman had been watching me and came straight over and started rubbing my thigh.  My face must’ve said it all, because someone else came up behind her an explained that I had come up the hill very quickly.

It didn’t make it any less weird.

I saw this post on my way home last night (having avoided the gym because I was ‘too tired’). I loved it then, and identified with it immediately.

It’s a good 15 hours on and I still feel the same way.

For anyone who feels they get stuck in the vicious cycle of yo-yoing health focus, I recommend you have a read. 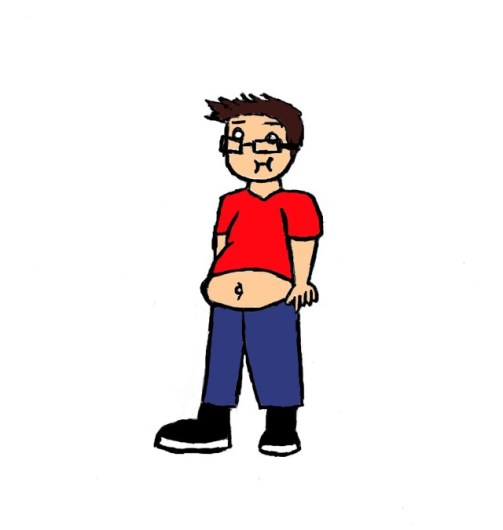 Dieting is something I feel like I’m continuously on and off with. I always start off the same way. I make a conscious decision that I’m going to start exercising more, eat less, and eat healthy.

I start using the elliptical machine every day or…

Today I farted and the world did not end.

I farted on the leg press machine and, you know what?
No body cared.
No one.

One woman looked in my direction, instinctively, and just shrugged her shoulders as if to say ‘Yeah, it happens’.
No biggie.

It was oddly liberating!

Will I make a point to do it again?  No, of course not.  That’s gross.
But I ain’t gonna stress about it, either.

[Yes, this post was entirely about farts.  Don’t pretend to be so surprised]

Hello to all you beautiful people!  I hope you all had a wonderful Valentines day filled with (self) love and happiness.

I for one was very spoiled and had a fantastic weekend.

Rather than take up precious weekend moments with a long, wordy post, I leave you with this.

I did it and I feel like a perve.

Well, no, not really.  But I was thinking about this morning’s dream all day.

I think I slipped it into a sentence at one stage, too.  Well, less slipped and more blurted.  But, the conservation continued without acknowledgement so who knows.

So, once I was home, I Googled it…

And the results were… uninspired. 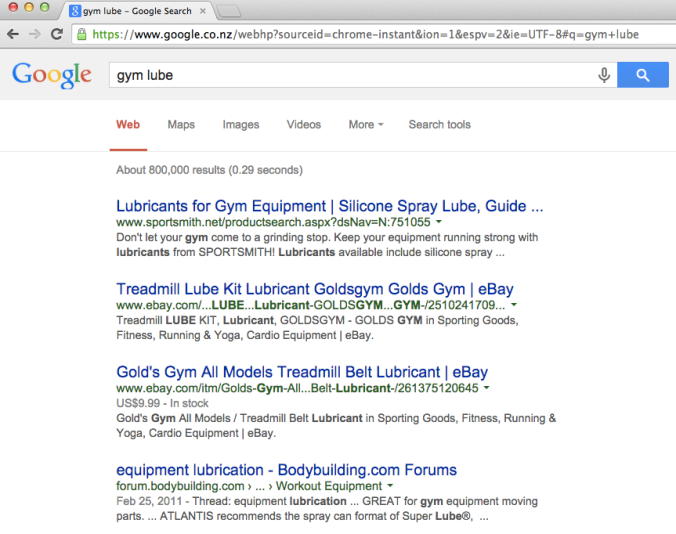 No scandalous story to read here.

But I still have no idea what my dream was about.  Lame.