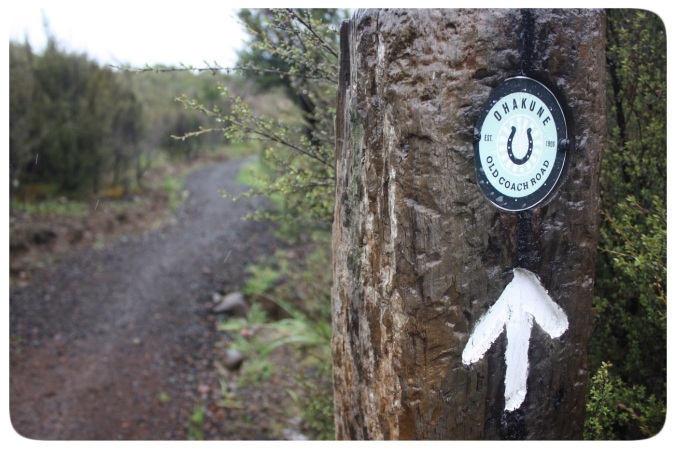 Sorry I’ve been quiet on here this past week; I’ve been on an adventure.

With the Tall One, this weekend was spent exploring parts of New Zealand that we’d never seen before. Parts that are key in the country’s history, but not so important to day-to-day life now. Parts that are gorgeous – both in their aesthetic appeal, and their nonchalant being.

The New Zealand bush is all ‘Yeah, so what if I’m cool? Keep moving’ while it leans against the bar in its worn-in cowboy boots, cigarette resting between two fingers. The bush wouldn’t even worry about a hat, because it just doesn’t have the time to care about that shhhh–

We did the Old Coach Road walk from Horopito to Ohakune. The trail itself doesn’t go to Ohakune township, but we walked the extra 3km from the end of the trail to get there because my planning was terrible and I shouldn’t be trusted with a map. From now on, my plans should all undergo a peer-review before being implemented – but that’s a story for another day.

The walk has only been reopened in recent years and follows the path travellers and coaches used to have to take between the Northern and Southern railways before they were connected (like they are today). The road was cobbled, and a lot of the stones remain. Other remnants include old viaducts, and tunnels.

Every now and then we caught glimpses of the current railway lines. If we had timed it better we could have been right under the current track as the train sped overhead. Unfortunately, we missed it by about 10-15 minutes.

It was really wet. 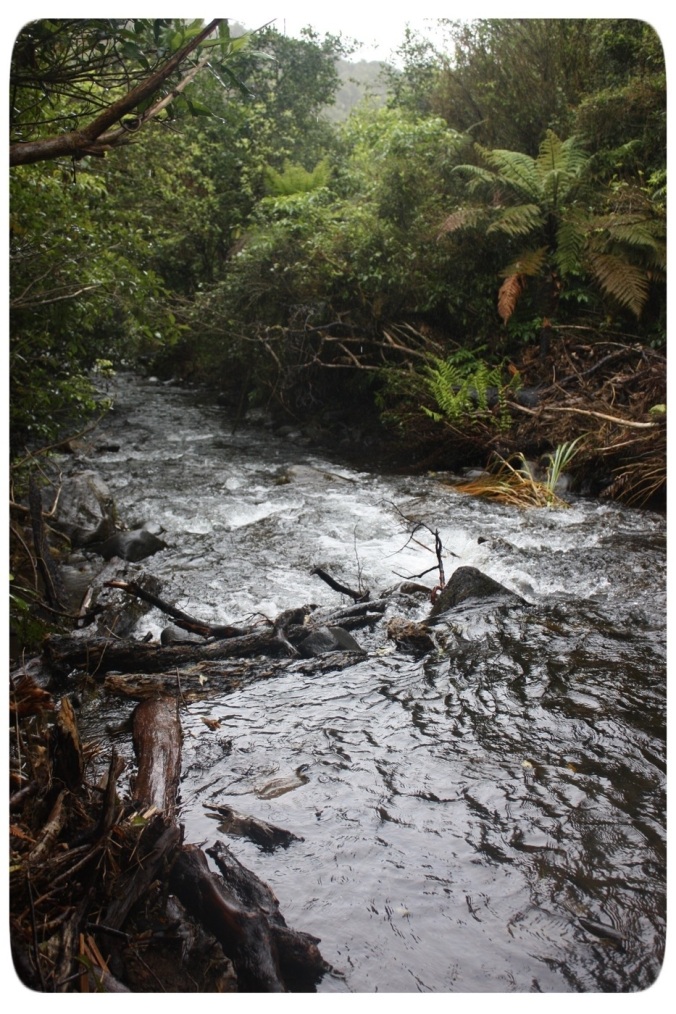 It began raining when we were in the shuttle out to the starting point and didn’t let out until we were more or less at the end.

We had our raincoats, and kept warm, but we got very wet. Especially our feet when we had to cross a couple of streams that had washed-out bridges. We were wearing sneakers – not tramping boots – so there was nothing to keep the water out.

It was so much fun.
And we saw it all in less than a days walk.

Afterwards, when we got back to our accommodation, we thawed under the shower and had a mid-afternoon nap before finding tasty nibbles for dinner. Super casual. Soooo New Zealand bush.

And – the best bit – no more sunburn!

In a nutshell: I thoroughly enjoyed it. Except for the heat – that’d take more than a couple of days to get used to (granted, packing only jeans didn’t help!)

The weekend across the Tasman was a good chance to get away from it all – really relax after last month’s exam – and catch up with friends.  It was a weekend of good eats, sights and shopping.

Of course, being a fan of local historical sites when travelling I stopped in on the Old Melbourne Gaol (said as jail) Monday morning.

Ignoring all the giggly high-school children, it was a really good experience. It was eerily cool on what was otherwise a super-hot day. The cells were tiny, bare and depressing. The whole place was.

Throughout the prison were stories of men and women executed there in the late 19th century. Including the likes of Ned Kelly. They displayed the death masks. We could walk right up to the scaffold they hung them on. Oh boy. 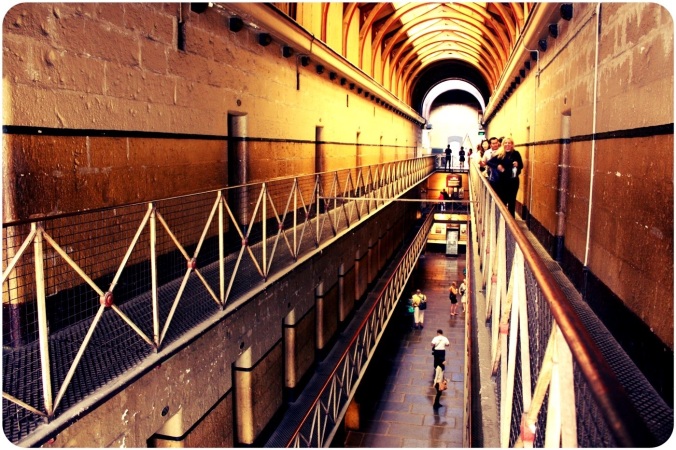 But the best part of the visit was the tour of the City Watch House… Where a sergeant takes you around the watch house as though you were the criminal.

Right from the get-go I was torn between loving it and wanting to cry. It was really good. Well worth the entrance fee. Except… I wouldn’t recommend it for kids. They say it on the website, but a woman was still there with her pre-teen daughter. And a dude dropped his pants, among other things.

It was a good tour. If you’re visiting – or even live in – Melbourne, I recommend that you check it out.

When I initially arrived in Seattle I asked a friend for suggestions on what to check out. The response I received was (you can kick me later):

“Well my first suggestion would be to avoid Seattle… But in the absence of that… I have no idea.

I’ve been here less than 24 hours and I really like the city, and hate Starbucks (original or otherwise).

The highlight of the day was definitely the Underground Tour I took this afternoon.

The tour was fantastic. Hands down the best tour I’ve taken on this trip, and certainly in the top 5 I’ve ever been on.

Packed full of humour, the history of the city was presented in a captivating format – starting with a talk at the Pioneer Square base location, and further talks as we worked our way through several underground passageways. The tour covered off exploding toilets, the rebuild of Seattle after the big fire, the talented ‘seamstresses’ who earned much more than men of the city in an given hour, and the profitable mischief that only prohibition can inspire.

Intrigued? You should be.

They also do an adults only tour in the evening to cover off the other fun stuff not suitable for an all-ages daytime tour. More on the ‘seamstresses’ and all that. I was tempted, and still might this evening.

My morning in Seattle. It was cold, a little foggy, and not nearly as caffeinated as the locals’ (seriously, how many friggin’ Starbucks do you need? It’s the worst I’ve seen!). 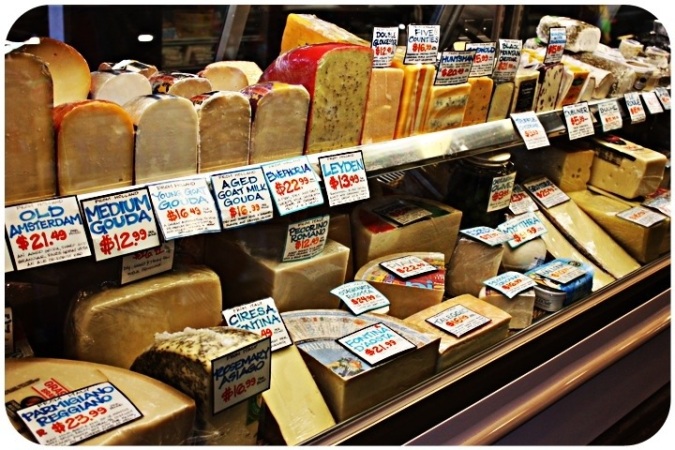 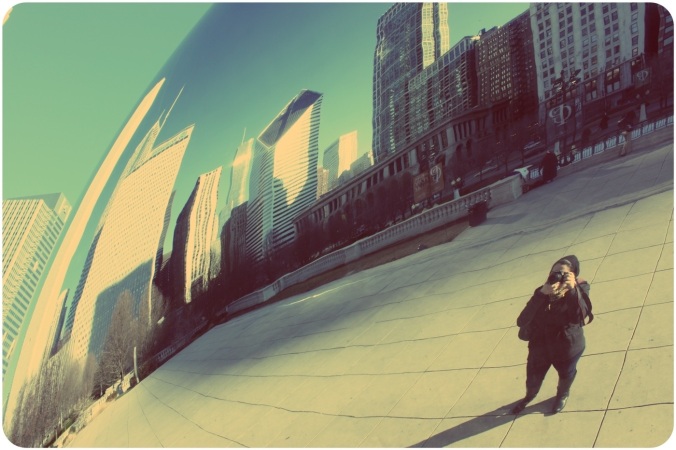 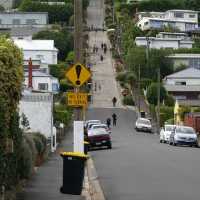 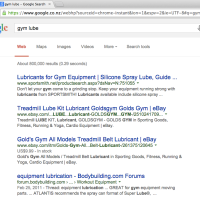